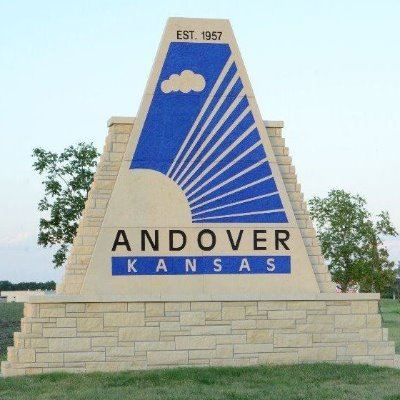 Originally founded in 1880 and called "Cloud City" at that time, the City of Andover wasn't established until 1957.

However, most people will say Andover became the "booming" metropolis it is today as a result of having to rebuild after a historic F5 tornado slammed into the heart of Andover on April 26, 1991, sweeping away entire neighborhoods and leaving thousands homeless.

That unfortunate incident reshaped Andover. The members of the community rallied and came together as the town began rebuilding from the ground up. Literally. Streets, sewers, and water lines were all updated, allowing for and encouraging new development. It was then that Andover began to become more enticing to those who wanted to be away from the hustle and bustle of the "big city" of Wichita, and wanted to be a part of a community with that "small town" feel.

The resiliency of the Andover community was put to the test when on April 29, 2022, a second tornado came through town causing damage to many neighborhoods and in Central Park. Neighbors, surrounding communities, and agencies came together to help the city with clean up efforts, volunteer, and provide countless donations to help the community get back on its feet.

Andover is a growing community with a population of just under 15,000 that encompasses a land area of about 11 square miles. Andover brings together the best of big city proximity and small town safety. Children will enjoy top-notch education as our school district is continually recognized for its excellence in academia, sports, and the arts.